Our roads have a prominent physical presence, connecting major destinations in our cities and carrying millions of road users each day. We seek opportunities to regenerate roadside land to improve its environmental and community value.

After forming a national partnership in 2015, Transurban continued to work with Landcare Australia to investigate and regenerate a number of sites adjacent to our assets and development projects.

Landcare Australia is acting as a service provider or advisor for the revegetation and development of key Transurban sites including:

The focus of the partnership is the revegetation of urban environments near Transurban assets with indigenous plant species to improve local biodiversity, and interaction with local community and environmental groups.

Our focus on sustainability drives us to consider innovative ways in which unused sites near our roads can be regenerated. Through our ‘Motorscapes’ projects we aim to combine native bush regeneration with iconic public art to benefit local communities and the environment.

In 2015, Transurban launched a public competition seeking innovative ideas to transform a vacant site, called the Power Street Loop, next to CityLink in Melbourne's Arts Precinct.

We challenged teams of creative students and professionals to collaborate and come up with creative design elements and artistic solutions that could breathe new life into the site. We also partnered with Landcare Australia to guide the ecological regeneration of the site. We received more than 50 ideas and chose four winners for feasibility testing.

In FY16, we began construction of the winning idea, Habitat Filter, which was designed by a group of designers comprising Matt Drysdale, Matt Myers and Tim Dow from Melbourne who received $20,000 in prize money. The delivery contractor was selected based on their sustainability commitment, performance and proposed approach to the project.

Work on the site began in March 2016, and will see the unused site next to CityLink’s Domain Tunnel start to take on a new life with this unique and sustainable artwork installed in an urban environment.

Key features of the design include:

Construction is due to be completed in late 2016.

While the Power Street Loop site is not accessible to the general public, it is highly visible from neighbouring buildings and pedestrian paths, and the site’s regeneration will therefore make a positive contribution to the surrounding cultural landscape and Melbourne’s Arts precinct in particular.

During the feasibility and detailed design phases, Transurban also engaged a team of Monash University students as part of the Monash Industry Team Initiative (MITI), to generate ideas and explore ways to make the project more sustainable and interactive.

See more information and updates on the Power St Loop project site and view a short video about the Power Street Loop ideas competition below. 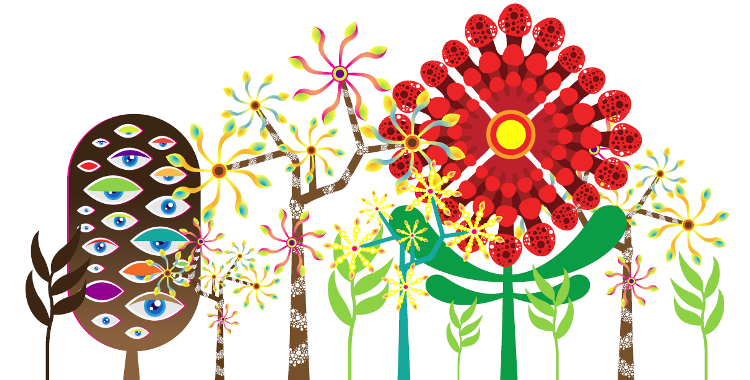 Our second Motorscapes project was launched in Sydney in FY16 when Transurban announced an ideas competition calling for innovative artistic ideas for the transformation of an unused site next to the Hills M2 Motorway in Macquarie Park. The M2 Macquarie Park Ideas Competition challenged designers, artists and architects to come up with design elements and artistic solutions to transform the site.

The art installation will be seen by more than 100,000 motorists daily and will complement extensive planned bushland regeneration to be undertaken by Landcare Australia using local native plants.

The judging took place in December 2015 with a panel including representatives from the New South Wales Government Architect’s Office, Roads and Maritime Services, Macquarie University, the arts community and Transurban. The panel narrowed down the 24 entries to three prize winners and awarded $27,000 in prize money.

First prize was awarded to Kinetica by Justin Sayarath and Sarah Anne Rodriguez. The submission stood out for the attention given to the sustainability of the idea with its use of solar power, energy efficient lighting and recycled materials, coupled with strong artistic expression and a great sense of fun.

The judges also thought that the idea connected well with the site, representing native plants that may have originally been found there and symbolically linking the motorway to the site by featuring subtle movement. For these reasons and the potential to integrate well with Landcare’s bush regeneration plan, this entry took out top honours.  Justin and Sarah Anne discuss their design in the video below.